You are here: Home1 / Morocco 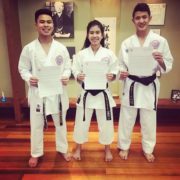 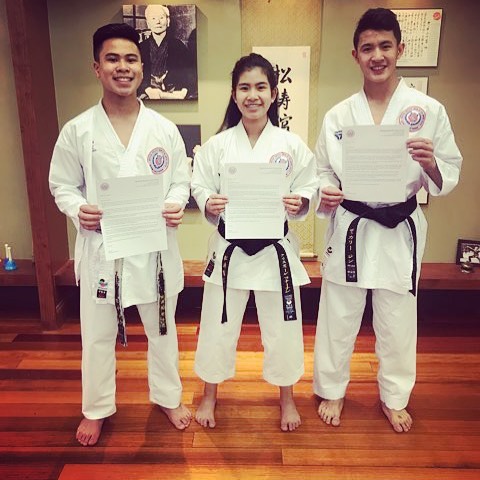 Seventeen Enso athletes have qualified for highly selective international competitions in 2018. We are so proud to have our students representing themselves, our dojo, and the United States of America as they travel around the world this spring.

Team USA is bringing just seven athletes to this competition – and three are from Enso Karate! Very big congratulations to A.J. Cesar, Christine Conanan, and Zachary Gin. They qualified for the games based on their impressive performances at the ISF USA Team Trials in February 2018.

“This is an impressive honor to represent your country in this prestigious event,” said Sensei J.B. Mirza, AAU National Director, in a letter sent to qualifying athletes. “Your commitment and dedication to the sport of karate has given you this opportunity to compete against the best.”

Fifteen Enso students will represent the Amateur Athletic Union (AAU)’s U.S. Team at this year’s WUKF world championships. They qualified by either earning an individual medal at the 2017 AAU National Championships or through a rigorous team trial event held in Ft. Lauderdale earlier in 2018. Those athletes are:

Two additional students – Ryan Daly (13) and Davian Barber (12) – also qualified for the competition but are unable to attend.

“We are so proud of how hard each of these athletes have worked to earn the honor of representing their country in international competition,” said Sensei Jay Nacu, owner and director of Enso Karate. “They will learn a lot from preparing for and competing at these games, and they will bring those lessons back to Enso and make all of us stronger.”

Sensei Denise Nacu, co-owner and director at Enso Karate, added: “The entire Enso community is behind these amazing athletes. All our students are pushing a little harder in class to help them prepare. All our instructors and coaches are helping them think about strategy and prepare mentally. Many of our dedicated parents are making sure the kids have everything they need before they travel. And of course AAU is helping them prepare and strategize. It’s truly an all-in effort. The cheers in Chicago will reach us in Morocco and Scotland!”