For any sport, a national championship is the time and place to test one’s abilities and aim for success among top athletes from across the country. Our karate team has attended tournaments throughout the season, both local and regional, and have trained multiple hours to prepare mentally and physically for the high level of competition at Nationals.
This year, we sent a total of 33 athletes to Raleigh, North Carolina for the 2015 AAU Karate National Championship. As expected, our athletes faced large divisions with other athletes who share the same drive and passion for the art. From June 30th to July 4th, our team of athletes, coaches, and officials worked hard and represented the dojo well. All in all, we took home 39 medals (10 gold, 14 silver, and 15 bronze)! Congratulations to all participants of the AAU Karate National Championships!

But our season didn’t end there! The 2015 AAU Karate Junior Olympics was held in Chesapeake, Virginia. We sent a smaller team of 9 athletes to participate in this event and took home 16 medals (5 gold, 3 silver, and 8 bronze). The Junior Olympics has been a great place for our students to face tough competition at a smaller scale than Nationals.

Our weekend concluded with our students who took part in the team trials for the AAU Karate Junior and Senior Team. A great showing from all! Letters with results will be sent out in the next few weeks.

As the season comes to a close, we often like to reflect not on how many medals we’ve earned throughout the year, but other awards and lessons that have a more lasting effect: discipline, hard work, resilience, appreciation, confidence, friendship, and respect. The greatest outcome to see from our team is the continuous passion for karate and the improvement of character in and outside of the dojo.

We’d like to thank our sensei who have been encouraging and motivating role models and coaches throughout the year. And of course, a big, big thank you to the parents of our athletes who have always looked out for all of us! None of this would be possible without all of you!

Congratulations on a successful season for our 2014-2015 Enso Elite Karate Team! For more information about our tournament team, see here. Some pictures and videos can also be seen on Instagram and Facebook. An informational meeting for parents interested in the 2015-2016 team will be scheduled in early fall. 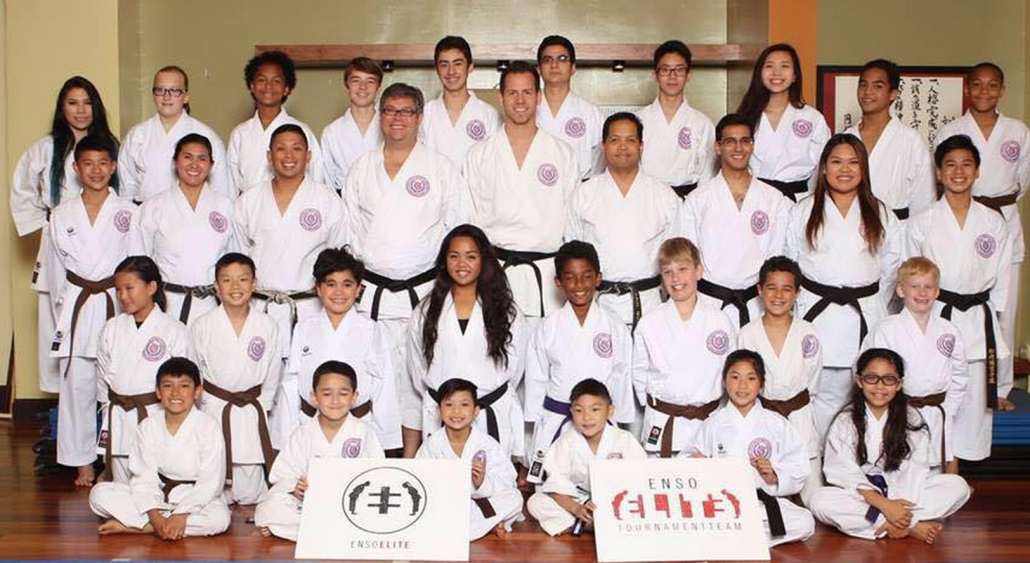 One of My Favorite Things about Enso Karate
Scroll to top